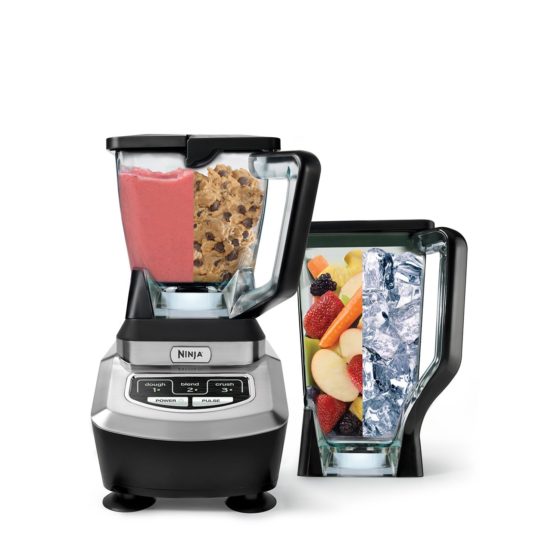 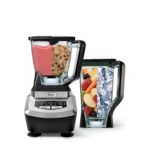 This blender review will have a much different format than my usual reviews because I’m going to get right to the point on this one – I do not recommend buying any of the Ninja blenders for making green smoothies, or using it as part of a healthier lifestyle.

I’ll certainly cover the specifics of why I say that, but first let me tell you I was VERY excited to buy and test the Ninja 1200 smoothie blender system. I fully intended to give it to my daughter when I was done with the review to help her get more live fruits and veggies into her diet.

I normally don’t just jump into buying something, even if it’s the latest fad, without doing my research beforehand. There’s just too much information out on the Internet available to NOT do a little research ahead of time. Even with the blenders I buy for this review site, I spend quite a bit of time researching them before purchasing because I only want to spend my time (and money) reviewing what I think are quality blenders for green smoothies.

So with that said, I did my research on the Ninja blenders before committing to buy it. In actual hands-on testing I was sadly disappointed in the results.

I also want to say up front that although I’ve used the top-of-the-line Blendtec and Vitamix blenders over the past year to make hundreds of smoothies, I had zero expectation that the Ninja would perform anywhere close to those two blenders.

I was hoping to get a middle-of-the-road blender that could not only make great tasting green smoothies, but be used to make other healthy recipes as well.

In my testing, about the only recipes I could see the Ninja 1200 (or any of the Ninja blenders) excelling at would be either chunky salsa or slushy frozen drinks, like Margarita’s.

I could never produce a green smoothie from the Ninja, no matter what I tried, that had any better than a watered-down applesauce consistency on my tongue. Now if that’s your thing, go for it! Winking smile But, I’m guessing that you, as a reader of this site, are more savvy than that and demand a higher quality smoothie.

Let me address a couple areas of the Ninja blender that I think are lacking and prevent it from being a quality green smoothie blender. 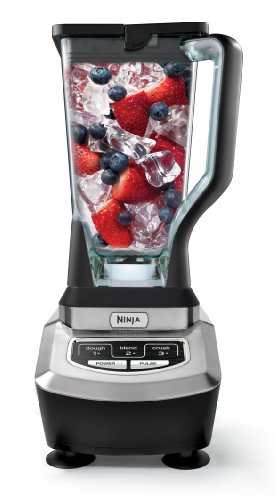 The Ninja 1200 blender claims to have 1200 Watts of power to drive the blades. In comparison, the Vitamix has just a hair under 1500 Watts of power. So just by looking at raw numbers, you would think the Ninja would do a fairly good job of producing a creamy green smoothie to pour into a glass.

As soon as I turned on the Ninja after filling the container full of my favorite green smoothie ingredients I knew something wasn’t right. The six blades didn’t appear to be turning all that fast. However, I thought perhaps the tiered blade design would somehow overcome the slow RPMs and produce a decent smoothie. I was wrong.

I continued to add small amounts of water to the container thinking a thinner batch would spin faster thereby creating more frequent contact between the blades and the solid material, producing a decent smoothie. I was wrong.

Lastly, I thought more blending time would eventually result in everything getting blended fairly smooth. Guess what? I was wrong. After close to five minutes of blending and adding more water I realized that the smoothie was just not going to get any better.

The whole point of using a good quality blender to make green smoothies is to break down the solids into smaller and smaller bits so the blades can cut or smash the cell walls of the ingredients, forcing them to release their micronutrients.

In a perfect world, all of the fruits and vegetables become absolutely liquefied and are absorbed into your body rather than having to go through any digestive process first. Smaller amounts of pulp means less digestion, making more of the nutrients available for your hungry cells.

That’s the whole purpose of a high-speed blenders – to minimize to zero, if possible, any pulp the body must digest prior to absorption.

I couldn’t find any independent test measuring the actual wattage of the Ninja 1200 motor so all I can say is IF the motor is capable of producing 1200 Watts (which is right at 1.5 HP), that power gets lost somewhere on its way to the blade tips.

For me, if a blender can’t make a decent green smoothie it doesn’t matter how well everything else is designed or put together. So I’m only passing on my thoughts on the container and blade to those of you who still might be tempted to give the Ninja blender a try.

One of the things that got me excited when I first saw the Ninja was the “stacking blade” design. I had been using my Vitamix for months, and though using the tamper really wasn’t that big of a deal, I was excited to give a blender to my daughter that did a really good job of pulling all the material into the blade without the need for an occasional tamp. 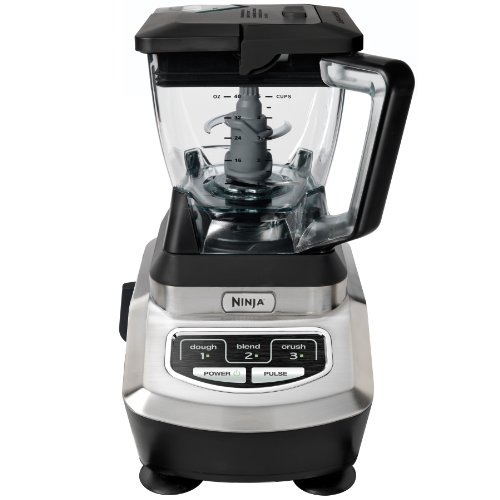 When I first saw the blade stem (my term) and those six scalpel-sharp blades sticking out from the blade carrier, I was a little nervous. That’s because when I make a batch of green smoothies the first thing I do is pack the blender nearly full of leafy veggies, a couple cups of water, and perhaps top it off with a cucumber and an orange or an apple.

Since there was no way to pack the blender first and then insert the blade stem into the container second, my first dilemma was trying to figure out how to pack this puppy full of veggies without losing a few precious digits or fingertips in the process.

Unfortunately, I didn’t use the Ninja long enough to come up with any idiot-proof way of accomplishing this so I’m just going to say BE CAREFUL when maneuvering around inside the container with anything less than Kevlar or steel mesh “shark hunter” gloves on your hand. Winking smile And for goodness sake, always use adult supervision should you choose to allow a youngster to be anywhere near these mini-guillotines.

If after reading this review you are still inclined to give a Ninja blender a try then I would recommend you buy the cheapest one you can find without the additional container and food processing type paddles. I’ve seen some on Amazon for 100 bucks new so you might be able to pick one up for less that if buying one from an Amazon Warehouse (used) deal.

Instead of the Ninja I would highly recommend you check out my review of the OmniBlend V blender for your smoothies. Yes, it’s about 100 bucks more than the Ninja, but you ARE getting a green smoothie blender that is very nearly equivalent to a Blendtec or Vitamix system that cost $400-$500.

Had I known about the Omni V when I decided to upgrade from my Hamilton Beach Single Serve blender (recommend the Back to Basics blender now), I probably would have bought it instead of the Vitamix. As a plus, the Vitamix container works seamlessly with the Omni V blender base should one choose to go that route. Not sure why they would, but just sayin’.

As an option, you could check out the blenders I review in the price range of $100-$250. However, you won’t be getting anything equivalent to a Blendtec or Vitamix so you’ll be somewhat limited in what other healthy recipes you can make in addition to your green smoothies. 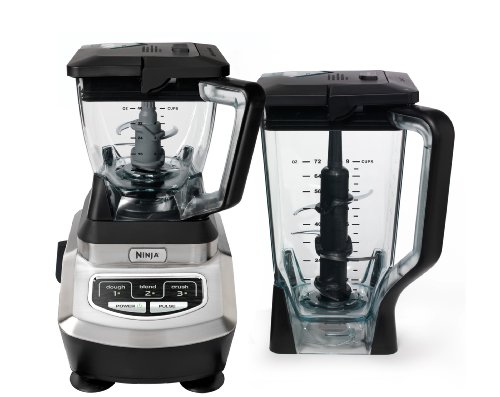 I certainly do not claim to be the “all-knowing” Internet reviewer when it comes to green smoothie blender reviews, and I realize your mileage may vary should you choose to get a Ninja blender for yourself. But, I am confident in my abilities to make a decent green smoothie given all the nuances encountered between the blenders I’ve reviewed so far.

The bottom line is, in my opinion, it is not possible to make a decent green smoothie using any of the Ninja blenders, especially when factoring in the number of different fruits and vegetables you’ll need to use in order to get a sufficient variety of vitamins and minerals into your body.

I realize there’s a whole bunch of people on Amazon and out on the Internet that won’t agree with my take on the Ninja blender line, but I’ll stand firm on my review, knowing I’m doing the best for you as a visitor to my site, and a potential smoothie blender purchaser.

CLICK FOR MORE INFORMATION AND PRICING ON THIS BLENDER

How to Make Frozen Yogurt in a Blender

NutriBullet vs Nutri Ninja: Battle of the Personal Blenders